Amsterdam is probably the gayest city in Europe, with something to offer everyone. Gay Games Amsterdam 1998 left the city with a new sense of pride and a stronger community that makes Amsterdam eager to share with visitors from around the world. Amsterdam offers almost 100 gay bars, discos, shops and cafes, some of the world’s best and weirdest museums, classic architecture, and 350 coffeeshops, all within walking distance from Central Station. Combine that with the unique spirit of tolerance and freedom of the Netherlands, and that’s why the mayor proudly called Amsterdam "the gay way to Europe". While Dutch is the official language of the Netherlands, you don’t have to bother trying to learn the difficult language, Holland is one of the only countries in continental Europe where most natives speak English fluently. Homosexuality is legal in the Netherlands. Gays and lesbians even won the right to get legally married.

Unlike many cities, and to most tourists surprise, Amsterdam is a very compact, and therefor walkable city. Most natives travel by bike. It’s healthy, cheap and the fastest way to get around. 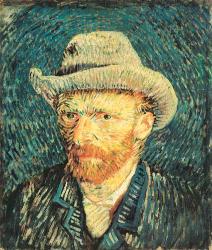 Most people who come to Amsterdam will want to visit some of the cultural and historical sites. The Anne Frank Huis, the Van Gogh Museum, the Red Light district (the area behind the Warmoesstraat) and some coffeeshops should be on the top of your list. Amsterdam is a cultural city with a lot to see.